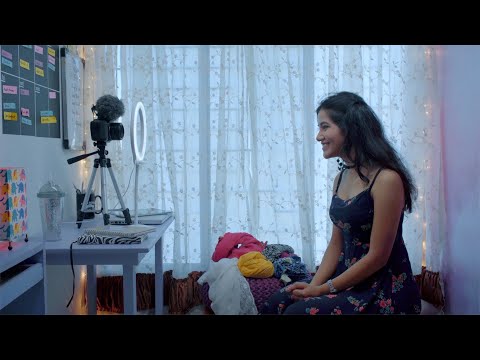 By Sanika Sule with 7

Social media and the deep pervasiveness of the internet, the Victor Frankenstein-monster of contemporary times, have time and again proven the dysfunctionality of our relationship with them. Similarly, the film also portrays the struggle of two women trying to comprehend their relationship with them. Located on different sides of it - a consumer and a content creator, the story is a delineation of the manner in which it has taken over their lives to the extent of making them forget the person they used to be.

While one struggles to create the content for the consumption of her followers, the other ends up ignoring and overlooking all other aspects of her life while trying to consume all that is available to her by way of screens and the internet. While engaging with all of these concerns, the film exhibits promising cinematography to tell its story, and notable performances. Both of these characteristics further allow it to be a balanced narrative successful in carrying forth its message.