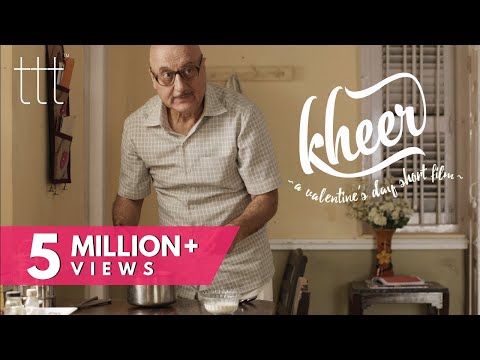 By Surya Balakrishnan with 7.6

Kheer is a short film about two generations, a child and her grandfather, and the way they look at love and relationships. It opens with an irritated man, played most convincingly by Anupam Kher, quarrelling with a woman. The intimacy of the quarrel suggests that the two are married.

The narrative then introduces two more characters, a girl and a boy, Kher's grandchildren. The surprise of these two characters is used most intelligently to reveal that she's indeed not his wife. The short film earns brownie points for the manner in which it navigates around the concepts of companionship and age. It also attempts to normalise the idea that age and the desire to be with someone are two unrelated things. Therefore they should not be judged using this non-existent link as an index.
Read Less