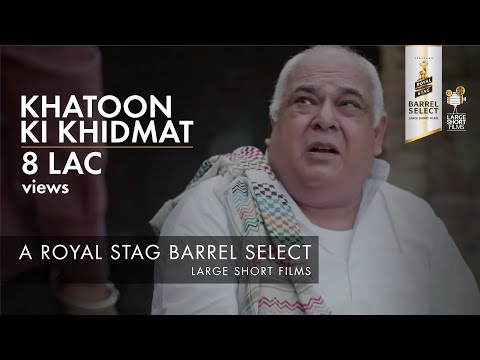 The short film is a nuanced and skilful portrayal of how humour can be found even in the most tragic situations. Along with being a subtle but impactful comment on gender, it also shows the struggle of straddling modernity and tradition.

Khatoon Ki Khidmat shows a newly-married woman refusing to have sex with her husband until he gets her a television set. The husband, on the other hand, is struggling to get his father to accept his wife and their marriage. As the characters fight it out, the narrative draws attention to familial dynamics and the location of a woman in a patriarchal household. The film is funny, engaging, insightful and a reminder of how the biggest battles of life are waged in the smallest moments.
Read Less