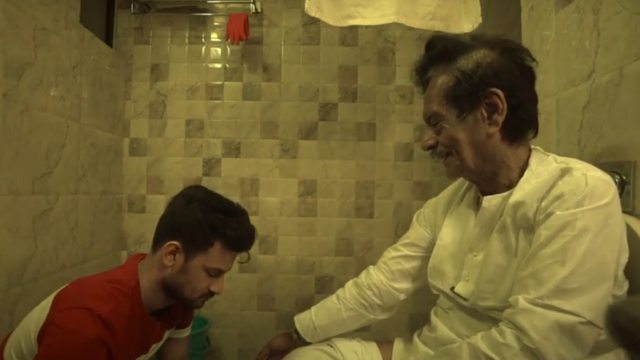 By Himangshu Arya with 6.8

An old man is in bed, about to fall asleep when he is visited by his grandson and a night, perhaps mundane for the characters involved, but eventful for the viewer, soon follows. As the younger man, with a swollen mouth, bleeding gums and a noticeably bad toothache, tries to prepare his grandfather for bed, several memories are invoked by the latter. It is in this manner that the film exhibits surprising and unexpected moments of poignancy within its folds.

The narrative ropes in history, the partition of India, the turmoils of a life already lived, the closure which may or may have not been achieved and simply a suggestion of the passage of time that ties it all together in a cohesive, comprehensive whole. The film is endearing, engaging and amusing in equal measure, and leaves the viewer with a sense of a complete product at its conclusion.
Read Less