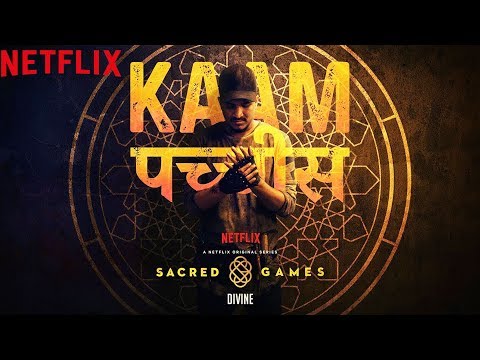 If Gaitonde's soul animal was a street style rapper, this is what his theme video (and rap) would be. Netflix India does it gain -produces yet another stellar piece of art.

Kaam 25, performed by rap artist DIVINE, is part of the Sacred Games OST (original soundtrack). Much like the show, the music video is shot most expertly with the same background and frames as those used in Sacred Games. It should be noted that while rapping about Mumbai and the varied struggles it harbours under itself, DIVINE takes the genre to new heights in the realm of mainstream art.
Read Less