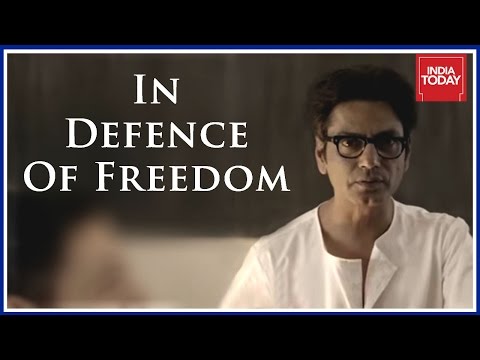 In Defence Of Freedom

This short film, starring Nawazuddin Siddiqui and directed by Nandita Das, works as the perfect prelude to the full-length feature film Manto soon to make an appearance on the silver screen. Nawazuddin is as convincing as Manto in the film as he has been in all of his prior roles.

The film is a deep and insightful commentary on society which attempts to hide its vulgarities and inherent contradictions by attacking the artist who simply holds a mirror to it. It's not the art which is ugly, but the reflection of the critic who attacks the former with misguided rage. If nothing at all, In Defence of Freedom, handled extremely elegantly by Das, simply succeeds in compelling the viewer to start a conversation with the self and its location in society.
Read Less