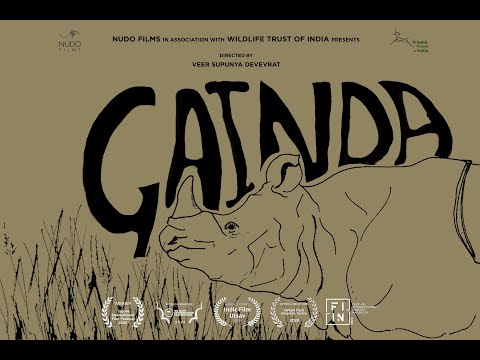 By Veer Supunya Devavrat with 7

The film documents the life of the primary inhabitants of Kaziranga National Park, the greater one-horned Indian rhinoceros. It emphasises the importance of human-animal coexistence while providing an exclusive insight into the life of the endangered species. The repercussions of yearly flooding of the park by the Brahmaputra, illegal poaching activities and other human-made problems are brought to attention.

A major part of the narrative focuses on the conservation of the species by rehabilitating the separated infants in Manas National Park. Through its engagement with the many aspects of nature and its relationship with humankind, the film also sends out the message that even though we may be the chosen ones for dominating and advancing the world as a result of natural selection, sustainable development and protection of the sacred ecosystem is of utmost importance. There is further the suggestion that if desired, the two can indeed go hand-in-hand as well.

Not only does the narrative leave the viewer with a positive development about the rhinoceros population in India which has risen to 3600 in 2020 from a mere 75 in 1905, it further reiterates that wildlife conservation is an ongoing journey which can be enriched greatly with simply a little human effort
Read Less