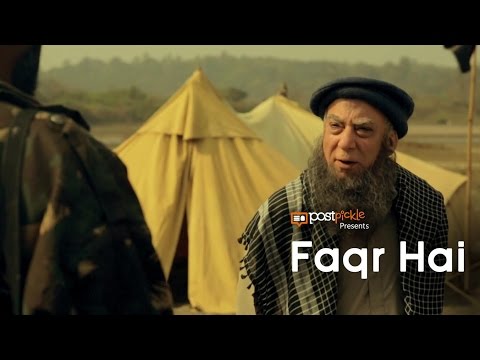 By Divyansh Pandit with 6.8

By giving a confused terrorist as its protagonist, Faqr Hai talks about India as a nation to be loved, despite all its weakness and disadvantages.

A terrorist, who is supposed to carry out an attack on the country, is left alone to research and educate himself about its history. Little does he know that an interesting development awaits him on the other side. Anil Mange, the comedic, clueless terrorist finally manages to reach a decision about his opinion on India. However, will it alter the course of the attack? The film does give in to sentimentalism towards the end, as is not uncommon of several films on the topic, but remains a light-hearted, well-intentioned product to be watched when the immediate reality of the nation disillusions you.