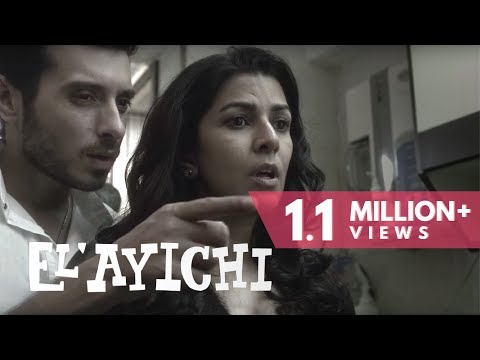 By Devashish Makhija with 7.5

If spookiness gives you chills, this short film starring Nimrat Kaur and Divyendu Sharma, is not for you. It opens with Kaur getting startled by the sudden presence of her husband, played by Sharma. As the narrative progresses, the viewer realises that Sharma is a ghost, unable to let go of his wife even after his death. His struggle with loneliness also leads him to attempt to bump himself off (once again), but predictably, he fails every time.

While the ghost follows his wife around, along with a fossilised bird, Elayichi maintains a good balance between eeriness and lightheartedness. Director Devashish Makhija earns a special mention for portraying the presence of a ghost in a woman's life as a tiresome, but mundane reality.
Read Less