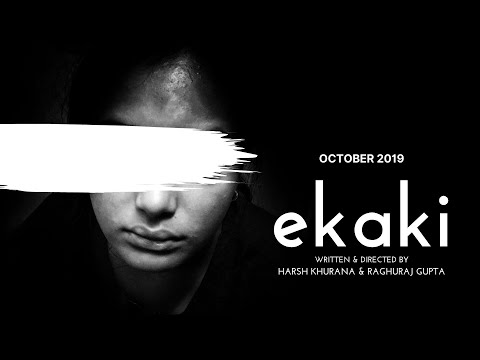 By Harsh Khurana with 6.7

The film does a notable job of conjuring an environment of tension right from the word go, involving the viewer deeper and deeper as events begin in unfold in the protagonist's life. When a blind woman finds herself locked inside a house in an empty building, things go downhill at a breakneck speed. Unable to reach out to anyone for help, her fate of entrapment only offers an imminent bleak turn of events to the audience.

While the handling of the subject matter exhibits potential, along with a skilled performance by the protagonist, there are a few questions inherent to the narrative whose answers are never provided. For instance why do neighbours, whose manner of addressing suggest intimacy, all empty the building without checking on their blind neighbour who lives by herself, how come days pass by without a concerned friend, albeit in a different city, finding some way to follow up on her, especially when he had last spoken to her in a moment of crisis? The premise also loses point for uniqueness since the subject matter has already found access in mainstream Bollywood. The freshness of it all could have come forth in the execution and portrayal which indeed comes across as a zealous effort, irrespective of the aforementioned concerns.
Read Less