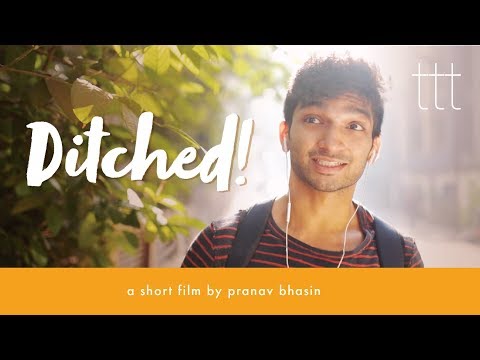 By Pranav Bhasin with 7.3

Brothers Arnav and Pranav Bhasin are at it again with this Terribly Tiny Talkies' production. Ditched is the story of a boy, played by Arnav Bhasin, trying to find a last minute date for a couples' party. The short film depicts a situation which is relatable for several young viewers - the struggle to not end up alone around the festive time of the year.

As the protagonist attempts to find a date, the situation soon spirals out of control. There is almost a humorous quality to it which is handled expertly by director Pranav Bhasin. The beauty of the short film lies the most in the handheld camera frames that follow the protagonist on a walk as he discusses his plight with a friend on the phone. Though there is the danger of the narrative sagging a little after a point, Ditched earns full points for pulling it back into tautness.
Read Less