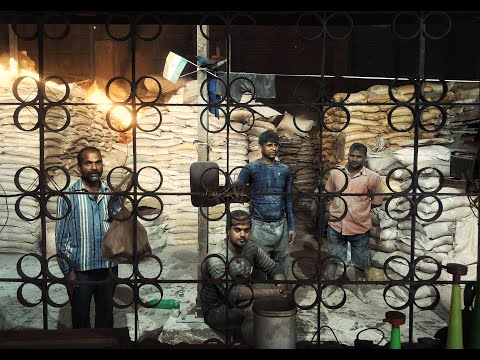 By Umesh Derber with 6.9

Dharavi happens to be one of the most densely populated areas in the world with a population of over a hundred thousand residing within an area of only about two square kilometres. Consequently, it also becomes a harbour of endless stories and narratives, a glimpse of which is presented forth by the beautifully crafted visuals of the documentary film. Azaan from a nearby mosque echoes in the surroundings, and the entire scene bursts into activity, taking the viewer from one profession to another that forms the backbone of this community and keeps it up and running on its feet.

The visuals are tied together with a background score which, albeit soft, is complete with verve and zest, adding another layer to the film. As animal hide turns into several products for retail while, at the same time, heaps of trash find shelter in a local water body, the film becomes a montage of the various aspects of life within Dharavi.

The film, a single member cast and crew effort, is commendable in its pure skill. However, it does come across as marked by the lack of a cohesive narrative. Maybe the filmmaker intends it to be a story of survival itself, yet the presence of a plot-line, even only in the form of a few voices of those who constitute this community, would have truly elevated the final product.