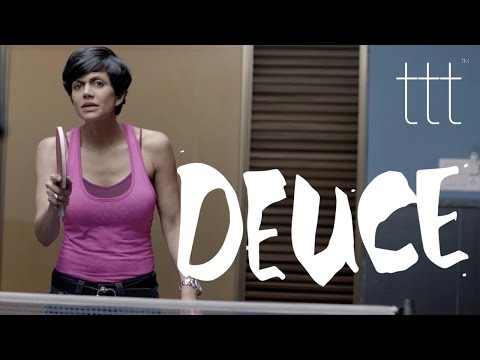 By Chintan Ruparel with 7.3

Here's how a match of table tennis between a mother and her son becomes a metaphor for the battles they have been fighting with each other. Starring Mandira Bedi and Rohan Shah, Deuce is a mature handling of a troubled relationship.

The narrative sticks to a single conversation between its two characters with camera smoothly switching frames from one face to another. It also offers a fresh take on parent-child equation, especially one left behind in the aftermath of a separation.