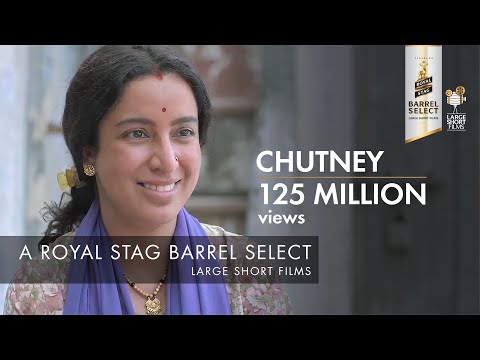 By Jyoti Kapur Das with 7.6

The short film is subtle and calm which is precisely what makes its climax significantly disconcerting for the viewer. The narrative starts off as a regular story of gossip, scandal and infidelity in a small pocket of Delhi.

However it progesses unpredictably to catch even the most prepared viewer off guard. Tisca Chopra's performance in the film is a dream, just as strongly supported by Rasika Dugal. The major chunk of Chutney is a conversation between two housewives over a plate of pakodhas. While the audience might be preoccupied with the more obvious narrative of addressing a disloyal husband who has taken fancy to a woman younger than his wife, the dark soul of the film rests peacefully within the recipe the displeased, older, but also the more experienced woman has to share.
Read Less