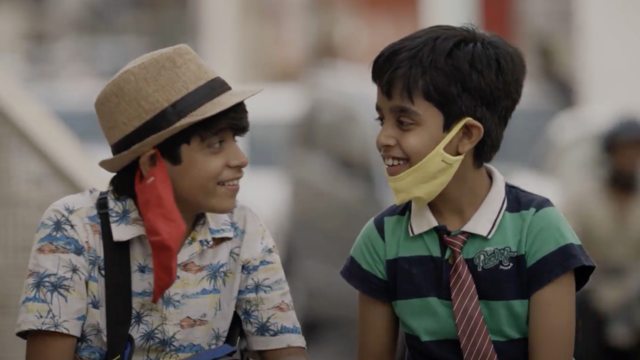 By Ankush Mittal with 7.1

‘Chimta’ loves to lead your expectations in a specific direction regarding the mood and intentions of the story, only to deliberately foil them. Consequently, it forms a bond with the viewer right at the onset which ensures that they stay with it, and its endearing protagonist, Chimta, till the very end.

In a pandemic-stricken world, Chimta, a twelve-year-old-boy who simply wishes to do his homework, goes on a little adventure seeking virality, and perhaps, an eventual television appearance with his trusted companion, Aashiq. While maintaining a lighthearted tone, marked by the humor generated at the expense of all the characters that find themselves at the unwitting mercy of two little boys determined to take on the world, the film also presents a subtle, but unmissable suggestion of darkness.

Alcoholism, abuse, dire financial straits - the narrative invokes them all, and yet, never allows itself to be bogged down by any of them. Even though the writing seems to lose some of its tautness as the plot nears conclusion, the storytelling remains original and notable, becoming a standout characteristic of the film.
Read Less