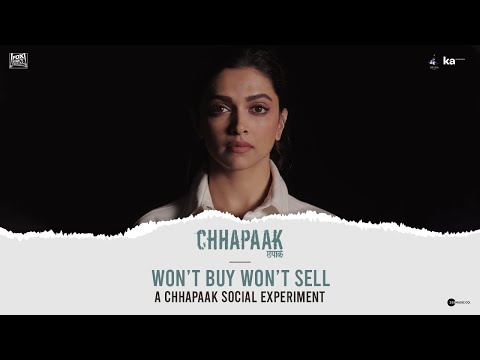 The short video is brief, but impactful. In its concise manner, it carries forth a powerful message - one of taking immediate and swift action against irresponsible sale of acid. The non-fiction narrative follows a social experiment in which several actors, posing to be customers, solicit local shops to purchase acid.

In the process, the video reveals how easy it is to procure a bottle of a liquid that can destroy and alter someone's life permanently. The team manages to get twenty-four litres of acid in one day, further accentuating the disconcerting reality of Indian society. Despite several guidelines by the Supreme Court of India that regulate the sale of acid, their implementation as well as the ground reality is far from it. The video, on the whole, is a skilful weaving of elegant camerawork and convincing scenes, and succeeds at its attempts of raising awareness against the menace of acid attacks.
Read Less
acid attack awareness social experiment