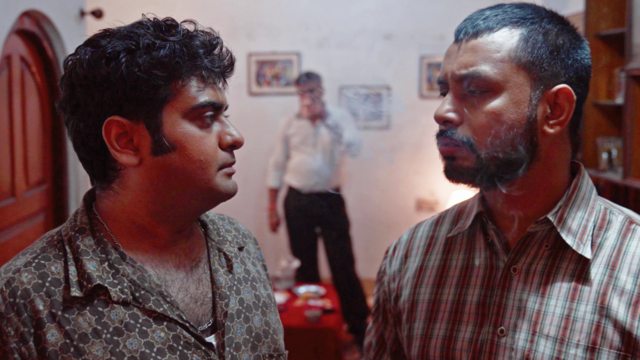 Jhinge and Bowal are out on a mission - to move up in their life of petty crime and transition into something more meaty...perhaps a murder. As life would have it, they are soon presented with the perfect opportunity - the killing of a lawyer. After spending a few days observing him from afar, the two men get to work (to their best capacity).

The film engages with all of this, roping in elements of an entertaining buddy film, as well as those of crime, humor, and drama. The chemistry between its characters is effortless, thereby enhancing the final result. The punches, sometimes frivolous and flippant, other times more sustained and deliberate, all land, allowing it to further succeed in sharing its story.

The storytelling is marked by a comprehensive beginning, middle and end. The shadowy, dim-lit visuals further conjure an adequate image of the world for you. The film loses some points in the department of sound, but this is easy to overlook in the face of the end product, and everything that it eventually offers.
Read Less