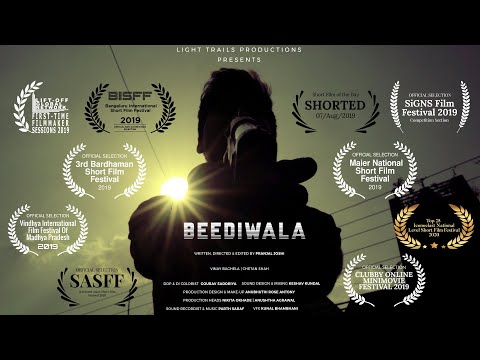 By Pranjal Joshi with 6.8

More than anything, Beediwaala is an exploration of different ideological ways in which you could approach the same situation. While a crime and the criminal committing it are never born in isolation, to what extent can society be blamed for it? Where does the responsibility of the collective end and that of the individual begin?

With strong performances by its two lead actors, the film delineates the story of a delinquent young boy and what happens when his path crosses with a ruthless police officer. With good writing, smooth flow of the narrative and deliberately dim-lit frames, against the background music of the bhajjans of a seemingly indifferent God, the film succeeds at being a satisfying product for its audience. Having said that, it could be added that it would have benefitted from a more sophisticated visual quality.