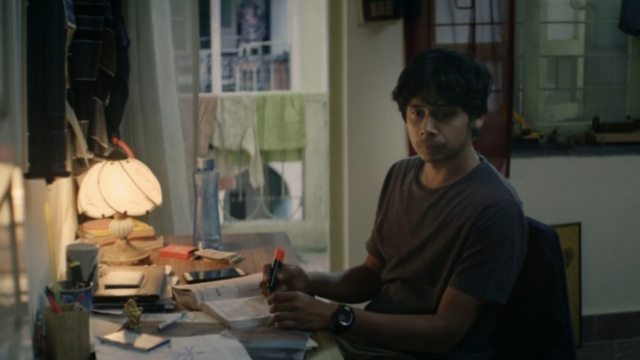 By Indraneel Sanjay Nighojkar with 7.1

The film premises itself on a gripping point. It traces backwards to the story which goes on to become news headlines, especially in our contemporary reality. The way it shows the transformation of the private, the personal, the domestic and the interior, to the public, the social and the exterior, is telling of the filmmaker’s desire to deal with complex conceptual issues with clarity and confidence.

The entirety of the drama unfolds within a single argument between two people. Without saying anything beyond the heated conversation, the film successfully manages to capture the fractures of a domestic space and its effects on the rest of the family members.

The manner the noise and the silences are contrasted in the narrative is the most outstanding part of the film. Additionally, though the social message that it wishes to give is urgent, the sense of desperation doesn’t clog up its progression. A seemingly single-shot endeavour, marked by the deliberate intimacy brought in with hand-held visuals, Batmi is a seamlessly achieved final result, made complete by its powerful, convincing performances.
Read Less