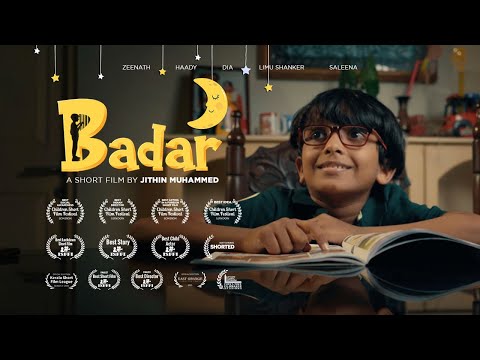 By Jithin Muhammed with 6.8

Following the outbreak of the deadly coronavirus, billions all over the world were confined to their homes with little or no interaction with the outer world. As the younger generations found themselves between parents with hectic schedules of work from home, and tiresome online school, they were left struggling to make sense of this overwhelming, strange reality.

The short film, built on similar lines, follows Badar as he finds a companion to his physical and emotional isolation in a child who is also confined to her house in the same manner as him. They communicate with one another over the balcony where, as a routine, the sound of wind-chimes become the call for Badar to step out and throw an apple to his cheery friend, Ambili. They continue to share their problems with one another and seek joy in the little moments and things. However, would the overpowering loneliness prevail over this friendship as the passage of time continues with its inexorable movement?
Read Less