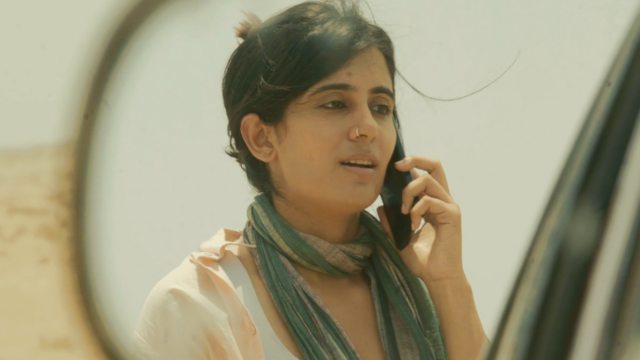 Following a chapter-wise division for its narrative, the film attempts an incisive commentary on the state of journalism in contemporary India. This is explored along with a simultaneous engagement with the ideas of community, religion, perception and how our views might be coloured with a prior understanding of the world and society.

The film opens in the middle of a heath along a desolate highway where two media professionals are headed to an Army basecamp in pursuit of a story. The plot unfolds to reveal their own individual approaches to the idea of getting the truth across to people. As matters come to a head, both the characters as well as the audience find themselves in a disconcerting position, one where stereotypes, truth and misconceptions, all come to a head.

The film has intelligent thought behind its scripting and the manner in which it beads together the various components of its plot. However, despite potential for notable performances, the actors come across as being under-utilised by the progression of the story.
Read Less
suspense journalism refugees religion