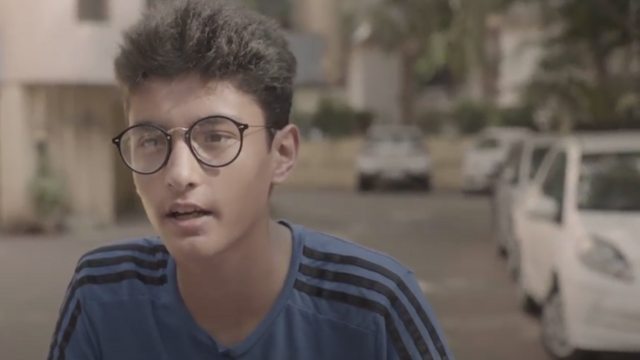 By Himangshu Arya with 6.7

The simplest, most average-looking households can have the darkest secrets. This specific thought remains intrinsic to the narrative. At the same time, it makes it impossible to talk about it without giving away spoilers - consider yourself warned. Tying humour, drama and suspense together is the story of Aryan End Mei Nahi Bachega, triggering a sense of foreboding in the very title itself.

As you begin to take off the layers of the film, ominous hints are found to be strewn throughout. Be it in the form of bandaged wrists of a young girl or in the frenzied voice of our protagonist's peer who desperately warns him to leave his house. And yet, the viewer is inclined to brush it all aside as they are made to participate in the same calm which Aryan exudes, ensuring you that indeed there isn't anything wrong around him. In the process, the film becomes a portrayal of the adult world and its many complexities from the point of view of a child. Yet to be inducted into it, his shock, horror and utter confusion at what lays ahead of him are the only companions he is left with when confronted with the truth.

Without explicitly spelling out anything, the film also makes a pertinent comment about discrimination to the extent of it turning into violent, cruel acts of murder, especially against a particular community. It is also the narrative's endeavor to assert its message powerfully and reveal all of these extremely jarring activities by way of characters with the most sombre, calm appearance. The film exhibits vision, the tonality and approach required to execute it, deep potential and a strong story. However, the seamlessness that could have tied all of these elements together seems to be missing in some parts, making it lose crucial points. The biggest takeaway, still, remains the story which becomes bigger than any character or weakness in the narrative, ensuring that you sit tight till the very end to eventually be able to get to the heart of the matter.
Read Less