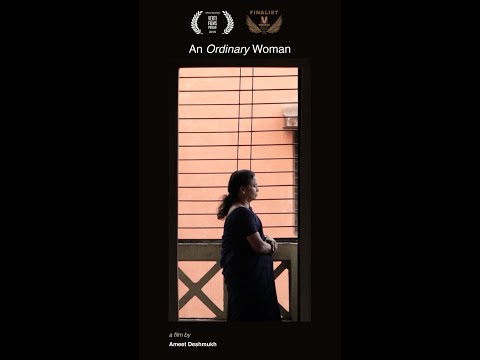 By Amit Deshmukh with 6.9

Sometimes it's the simplest ideas which are the most powerful. This documentary goes ahead to prove the same. Seemingly shot on a phone, the film uses unadorned vertical frames to introduce you to four different people.

The story is of an average Indian household, and one by one, the viewer is given a glimpse into the life of a father, a son, a grandfather and a wife. An Ordinary Woman is a pertinent comment on gender, in general, and the position of Indian housewives in society, in particular. It draws attention to the reality of a full-time job of being a homemaker. Despite the massive investment it requires, it continues to be highly under-appreciated, emphasises the film. It finally closes with a sharp question - a woman centers her world around her family, but in this pursuit, has she forgotten what she truly desires?
Read Less