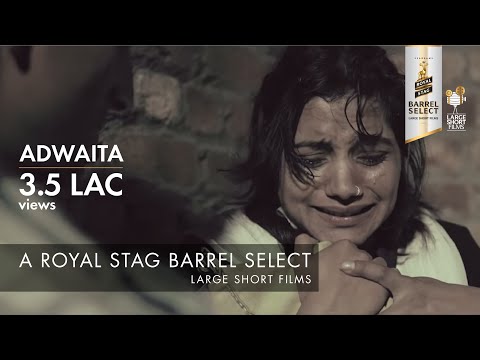 The short film is not for the fainthearted. It offers the most disturbing picture of a marriage where an alcoholic man abuses his wife sexually, physically and mentally.

The film further explores the extent to which such a dysfunctional familial space is capable of impacting a child. It portrays rage, an inability to express that anger and the outlets all this repressed and denied fury would eventually find. It is also an endeavour to glimpse into the mind of a rapist - from his first attempt when he is unsure and scared of the consequences to the brazen fearlessness and glorying in his crimes as conquests, marked by their own war trophies. Adwaita further shows how one individual can set in motion an entire cycle of hate and anger and how hard it is for another to break out of it. As black and white mingle to give way to grey territories with no fixed notions of right and wrong, viewers should be warned, once again, that the short film is only meant for an audience which has a stomach for the disturbing, squalid realitites of this world.
Read Less