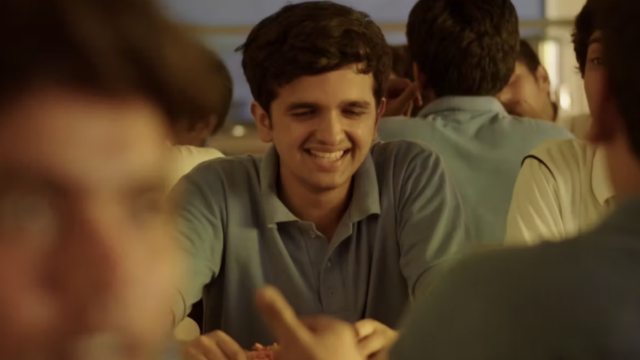 Short Film of the Month April 2022

sotm
There is something to be said, and mostly good things, about films which open on a note that is deliberately opposite of the direction they are headed in. The film is a paradigmatic example of the same. Our first introduction to the chirpy, cheery protagonist Adarsh is primarily through a phone call with his mother, who matches the same cheeriness. He is not the best at sports or academics, but that is a truth the mother is kept safe from. Instead, Adarsh paints for her a picture of popularity among his peers, and regales her with tales of his athletic success.

Inane white lies at first glance, simply serving to make the viewer smile, sometimes with and sometimes at the protagonist, these stories come to have a disconcerting echo on the rest of the narrative. As it progresses, and the rigmarole of lies gets more complex, an equally unsettling reality is unfolding at the mother’s end as well.

With only suggestions of domestic strife, and a longer glimpse into the unravelling of Adarsh’s tales, the film weaves its plot together. The storytelling is intelligent and heartfelt, the performances on point and the writing notably skilled. The final result of ‘Abey Chhod Na Yaar’ constructs for us a world of denial, and perhaps deliberate, perhaps involuntary, flights of fancy away from a reality that might sometimes be a little too hard and rough for the characters to accept as their truth.
Read Less