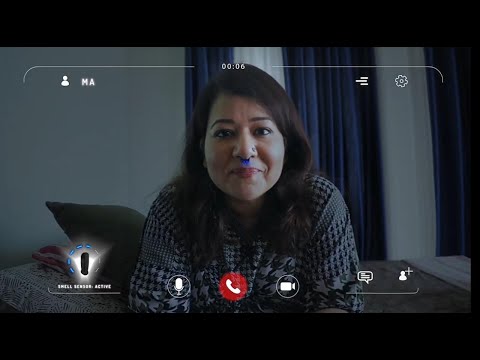 By Samrat Parmar with 6.8

The year is 2023 and it has been three years since humanity’s existence got confined to their houses in the wake of a pandemic. Because of the long periods of time people have spent away from each other, society has evolved and adapted accordingly.

With travel permits, heavily regulated ration allowances, and scent devices that allow you to catch odors and fragrances over video calls, the reality presented to us is different in several ways from the world as we know it. And yet, as Kshitij, Mehek and the characters around them go ahead to portray, human emotions and relationship dynamics are as similar as they can be. The short film does a seamless job of tying these two components together - difference and similarity.

The film, which was shot during the lockdown with a limited cast and crew, as well as within the same physical space, also utilizes its measured resources efficiently. At the end of it all, it weaves a story which involves and shocks you in equal part, conjuring a world which is far more disconcerting than you would have been led to believe at first glance.
Read Less