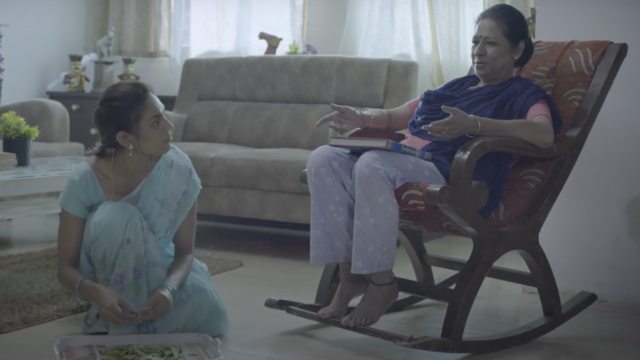 By Mayank Pushpam Singh with 7

soty 22 finalist
A mother who is incapable of staying out of her son's life, her domestic help with a Jeeves-esque energy and a mamma's boy amidst it all who is very clearly blind to all that is unfolding around him - 'Aamras' offers all of this and some more. Alka Amin as the mother brings to life a chemistry with each character around her that is unmissable, a character of its own, and in many ways, the spine that not only holds the whole film together, but also keeps it running on its feet.

As the younger generation conjures one unexpected, and deeply inconvenient for the mother, development after another - an unwanted girlfriend, a vegan diet, pronounced sexuality - the film very much keeps you involved and entertained. Along with the clash of generations, and all that it entails in terms of politics and relationships, the film pronounces its overarching metaphor, aamras which is sometimes sweet, sometimes sour - much like life itself. As for the characters before us, what would all their various antics lead them to - sweetness or something which might be a little too tough to swallow?
Read Less