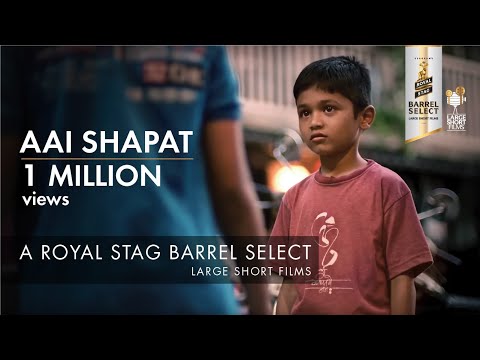 The film is quiet, innocent and endearing. The story is about the dread of a boy who is convinced he is about to lose his aunt over a lie. During a cricket match, Soham's cousin swears untruthfully on his mother, leaving the former worried about the well-being of his aunt.

Our young protagonist is on tenterhooks as he watches her closely, jumping at her hiccups, an inauspicious colour or an unreachable phone. Aai Shapat does a decent job of capturing the fright of a child following a harmless lie. The same is portrayed in the manner the other characters respond to him, a device that allows the film to communicate the sentiment seamlessly. The execution of the narrative is lucid along with being a subtle reminder of how deeply embedded superstitions are in our day-to-day to lives.