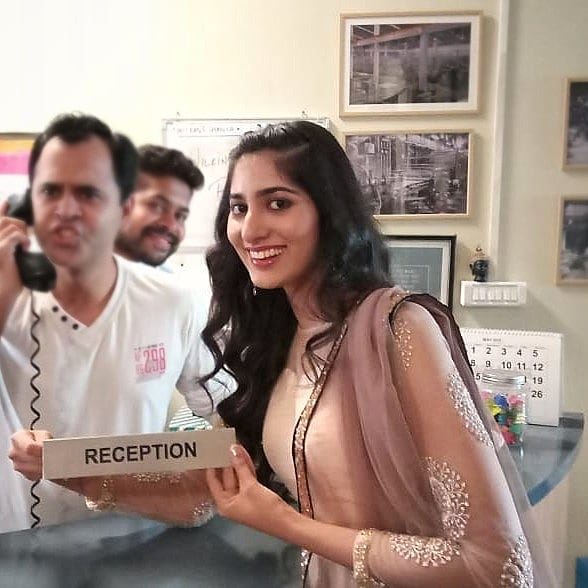 From Pam to Pammi: Samridhi Dewan on The Office India

Best known for her role in The Office India, Dewan talks about her relationship with her onscreen persona Pammi and how camera differs from theatre.

I am trained to act on stage, so when the time came to act for the camera, I was nervous and a lot of people told me a lot of things. But now that I have done some (still very little) work on camera, I've begun to feel that the fundamentals really remain the same.

At the end of the day, the part you play should feel like a real person, unless stylistically it's not meant to.

When I get a part, whether it's for the stage or for the camera, I think about what the person looks like, what they think, what their life has been, what they want, how they walk, if they read, exercise et cetera, I can go on. Maybe the difference if any could be that you possibly have the scope of internalizing more when acting for the camera. On stage the person sitting right at the end of the auditorium should know what you're feeling/doing, so a lot of directors end up telling actors to project more and be bigger. But that too is subjective. But on every job you have to find your scale and it is a very collaborative process between the actor and the director. I'm still learning and trying to figure it out.

Actors on a set can have such different backgrounds. Some are more intuitive, some more methodical and its fun to know different processes. You don't always agree to everyone's method and all methods won't work for you is what I've figured. A teacher at theatre school once told me, "Collect what you see and what different people have to offer, store it in a bag, and bring it out at the right time, in the right job, where you see it fit". I try to go by that.

The Office India: How the Hate Led to Gradual Acceptance

I had not watched The Office when the audition came to me. But the casting director Kavish Sinha suggested we watch a couple of episodes to understand the mockumentary format. I knew it was a show that had a cult following because whenever I told my friends about it, they'd shriek and get very excited. I started watching the show properly after shooting it and fell in love with it. It's my go-to stress relief show. It was also interesting to see what Pam was like and what I'd done with Pammi. I was nervous and hoped I wouldn't be a let-down!

When I got offered the show, I cried and called my mom and my best friend and furiously thanked Kavish who had casted me. I wasn't expecting it. All other people in the running were more experienced, known faces. I was surprised and very, very grateful. Then when I met the cast and the directors, I knew I'd have a great time because it was a wonderful and an extremely fun bunch. And I did have a great time!

We expected fans to react negatively to the show in the beginning. But we all hoped that they'd still give it a chance and watch out of curiosity. I think most people who have watched all of Season 1, both new viewers and fans, now have positive things to say about it. And Pammi has got so much love! I hope that in time to come it becomes, in its own way, the kind of show you can go back to again and again, pick out any episode, and it would make you happy after a long day