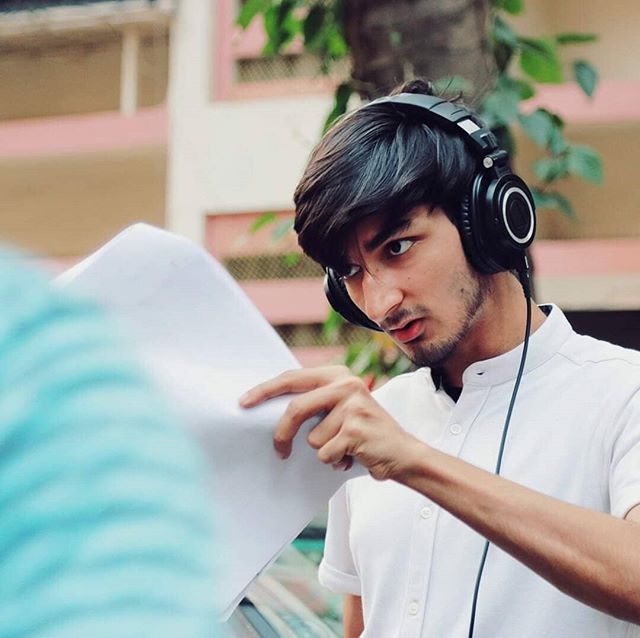 Pranav Bhasin Gets Candid About Direction

The young filmmaker talks about his process, approach and why he doesn't consider himself a famous person.

I really like people, I hate being inside a room and I hate writing and editing like that which is why I direct. I've been doing this for five-six years now, very random things - I've done a web show, commercials, music videos, sketches, YouTube videos - I've done a lot of random things and it hasn't gotten me any fame. I'm not a famous person at all.

I've been exploring things for a long time, I've never really thought about what I should be doing. If you ask me to do a sound design, I could do that. If you ask me to edit, I could do that. I know how to DP. I've tried all different aspects of filmmaking, not by way of theory or study, but I've done all of these things. I have understood how to make a film look cinematic and pretty, but that doesn't intrigue me at all, because it gets boring after five minutes. For me, it's always been stories and the only way to tell the simplest of stories, when every story in the world has been shared already, to bind it all together and make it something that can create intrigue and entertain you, is by heading a project creatively and creatively heading a project means direction.

On How Kanika Came to Be

Basically, the film was made in 2018, but I'd begun writing notes on it in 2017 and I'd shown it to a friend and she didn't get it. The twist (of the film) was there, everything else was making sense, but the film itself had no value because it's such a sensitive topic and could have gone through any route. It could have been anything at all. And I did not have a producer on board, I didn't know how I'd be making it and I was sure that I did not want to make it in a random way. I think it just took me a lot of time for the writing, to understand what voice should be there. For example, initially it was just going to be an average Hindi speaking woman, but for some reason it wasn't fitting in or making sense. At some point I tried writing a ghetto accent, but that sounded like mockery. I kept redrafting it on my phone for a long time. It wasn't a linear process, that's for sure. I'd learned which accent I was aiming for from Wolf of Chawl Street. I live in Goregaon and I know how people around me speak.

Further, there's a police officer (in the film), but you're not going to see the lower body at all, you see just a white shirt which is a neutral thing and you can't perceive anything from it, those things took a lot of time because we were also trying to hide something, creating an illusion, to keep a potentially boring love story interesting.

In Kanika, there is nothing that's not planned from the couple sitting there, the people roaming around to everything else that plays out onscreen.

The line between a love story and paedophilia is the one I wanted to explore. If I give a narrative and then shift it suddenly from a woman to a child, it gives a completely different face to the story.