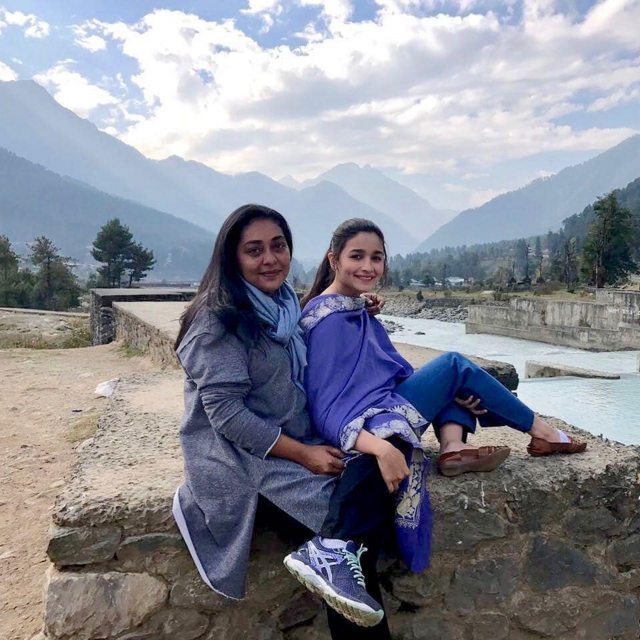 I Saw Pakistanis as Us: Meghna Gulzar on Portrayal of her Characters in Raazi

During the MAMI film festival, when we asked the Raazi director about her unique and refreshing portrayal of Pakistanis in the film, she had a heartwarming, candid answer to share.

The predominant portrayal of Pakistanis in Bollywood has been soulless and predictable where they would all be painted in the same pitch black paint. Consequently, when Meghna Gulzar showed Iqbal and Brigadier Syed in Raazi as well-rounded characters with both flaws and attributes, she infused a fresh breath of air in Bollywood. Pakistanis were no longer about being unidimensional, single-faceted characters. They were human beings with all hues of black and white, with emotions and flaws like any of us.

When we got a chance to ask Gulzar about the inspiration to portray them in this particularly unique and beautiful manner, this is how she responded.

I'll tell you honestly - it was not a conscious decision. My subconscious played a large part in it. I have grown up with a father who was born in pre-partition Pakistan. The way we refer to Pakistan in our household is very different. I have seen contingents of writers, students from Pakistan who have come to visit my father. I have heard of my father's experiences when he visited Pakistan, and my only understanding of this entire exchange and my own experience growing up has been that we are the same.

It's the politics that creates the divide between us, but as a people there is no divide, and I guess that is what, subconsciously, made me decide on what Iqbal would look like, what his personality would be. He would listen to Jazz music, he wasn't a brute, he wouldn't force himself on his wife, and that's who he was because I saw Pakistanis in my film as us.