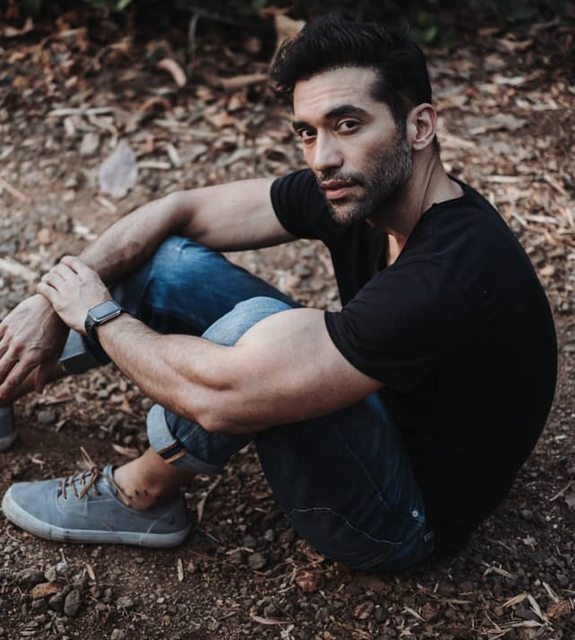 Kushal Punjabi on Acting and What He Learnt from Amitabh Bachchan

Kushal Punjabi shares techniques that help him the most with playing different roles.

Acting takes years of training, it’s not as simple as just saying a dialogue. I call myself an actor, but I still have a lot training left to call myself a true artist. An artist is defined by someone whose performance moves you, changes something in you.

I really believe that people take acting for granted. I’ve been acting now for fifteen years and I will still say that I am just learning; every workshop I go to leaves me so amazed. Workshops are specially important when there is downtime, when an actor is not working. Two things happen in workshops. One is that you learn new techniques, you refresh all that you know, and second is that you’re always around people who are actors, artists, who are in that creative environment.

I really believe an actor is constantly taking in information and knowledge around him, and then he transforms all of that into what needs to be portrayed. So, when I perform, it’s always a combination of different methods and techniques that I use depending on the character and the scene. The three things which I mainly use are instincts, applying memories and breathing methods. I also try to keep observation and imagination as far as possible.

I also believe that it's important to be physically fit, and I don’t simply mean going to a gym. It's also important to be trained in classical music, classical dance, Kalaripayattu, Chau, Yoga. These are very Indian, beautiful forms of training your body, mind and breathing to then control your performance. Fitness of the body and the mind are so important because it makes you alert, and if you are alert and sharp, you can easily switch between different roles.

What Big B Taught Punjabi About The Craft

I worked with Mr. (Amitabh) Bachchan on a Pepsi commercial many years ago, it was called Oye Bubbly. That advertisement had three different sections, one was Mr. Bacchan and Sachin Tendulkar, one was Mr. Bachchan and Preity Zinta and one was him and me. And I was playing this young loverboy and Mr Bachchan and me had to do this scene where we were on the Filmcity road with a cycle between us, and we were supposed to sing a song. I gathered up the courage to say:

“Sir, if you don’t mind, may I suggest something?” and he was like, “Go ahead, son”, to which I said, “Sir, don’t you think it would be better if the cycle is on the ground and you are sitting on the street, singing the song. Please excuse me if you think this is a rubbish idea.”

And he called the director and said that this young boy has an idea, and the director is smiling because we are on the Filmcity ka street and Mr. Bachchan is taking a suggestion from this young boy. We actually did the whole act sitting on the road, and I think it just worked. And I thought this is the greatness of an artist where he is so much more senior and experienced than me, but he is still open to suggestions and it changed the way I maybe look at an actor newer than me, I'm a team player now, apart from the fact that he came on time, did two rehearsals when a lot of people take advantage of their craft and say I know it all. I learnt a lot from him.