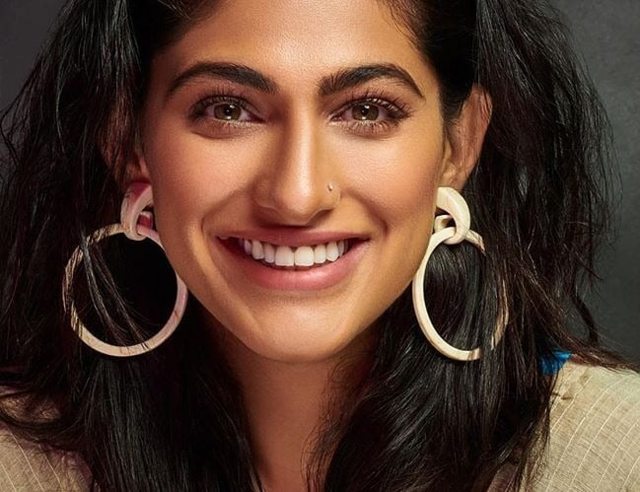 Kubbra Sait Opens Up About Playing Cuckoo, The Verdict and More

Along with what actually went on behind playing Cuckoo, Sait also talks about her love for the SRK-syndrome and her rock-solid bond with her mother.

On the heels of the The Verdict - State vs Nanavati, one of the latest offerings of the Indian web space, actor Kubbra Sait has lots to share about her character Mamie Ahuja. Along with providing insightful inputs on gender and her location in society as a woman, Sait also talks about how she landed the role of Cuckoo in the Netflix series Sacred Games, working with directors Anurag Kashyap and Shashant Shah, and most recently, co-hosting the closing ceremony at Jio MAMI this year.

When you were offered the role of Cuckoo in Sacred Games, was there ever any hesitation or fear of getting typecasted? 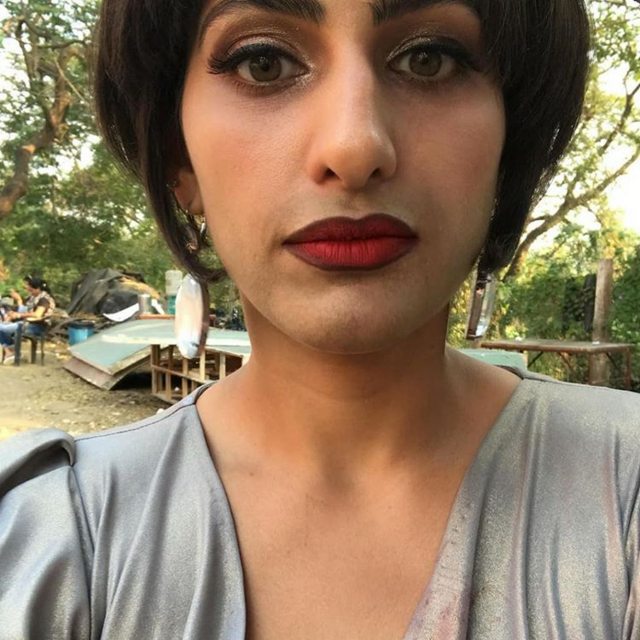 Photo Courtesy: Kubbra Sait/Instagram
I had never seen my character this way (getting typecasted) until a conversation last night when I saw it in this light for the first time. We boil everything down to masculinity and femininity, but the point is, these are genders we simply identify with - the soul has no gender. It’s also about appreciating the writer, character, spirit and the fact that a character like Cuckoo is one that has been written for the first time in possibly a hundred years of cinema. So, there can't be a way of typecasting me or stereotyping me for another hundred years at least.

When I see headlines like "Is Kubbra Sait a transgender in real life", my question back to them is - and so what? What are you gonna do about it?

It's high time people just start accepting people for who they are instead of making such a big deal out of human anatomy. This world needs more acceptance and less judgement. The minute we step in those shoes and start living that life, it would be a better place.

In terms of the technical aspect, how did you prepare to play Cuckoo? If an aspiring actor is reading this, what would you share with them?

I think I have been preparing to play Cuckoo my whole life because I've always been called a tomb-boy. People have told me things like “don't sit like a guy, don't talk like that, you speak so loudly”...dadada. But that being said, the truth is, I had no time to prepare. 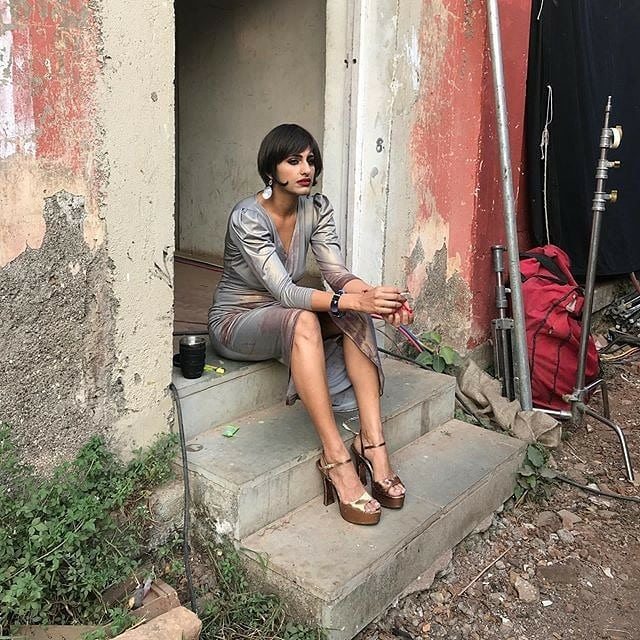 I was locked for the role four days before the shoot. I was told on the 26th of November and we began shooting on the 30th of November. The revelation scene was shot on the first day. I really had no time to prepare since it was the last scene on the first day itself. After the shoot, I called up Anurag (Kashyap) and asked, "Am I still on the show?"

As we navigate through different aspects of gender, how do you locate yourself in a patriarchal world? Despite all your success, fame and recognition, do you still feel your worth is sometimes reduced to being married or not?

No, ya, I am so blessed in this aspect. I have a lot of peers and colleagues in the anchoring business who turn around and say, "Kubs, you stuck it through, you did this, you did that" phalana-dhimkana, but to be honest, I don’t think any of it would have been possible if I didn’t have the kind of freedom I got from my mum. 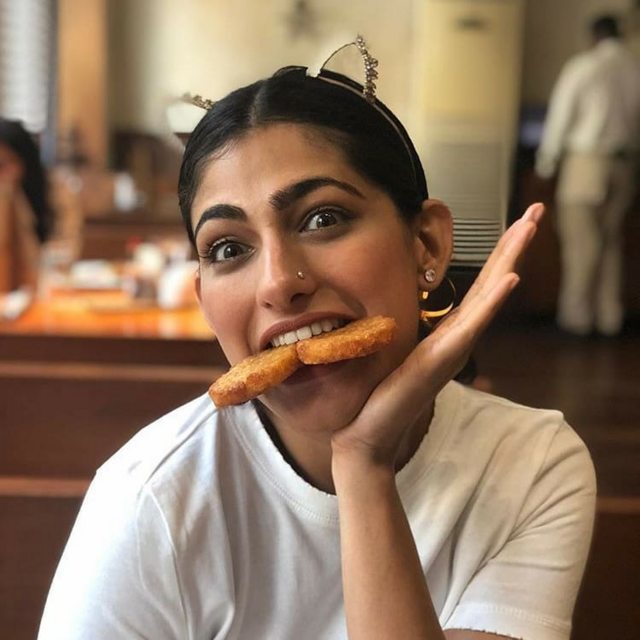 Photo Courtesy: Kubbra Sait/Instagram
She has stood by me like a champion. She was a different human being before I was twenty one years old. My mother is a different animal altogether.

Till I was twenty one, she was the most protective, one of the most prejudiced people suffering from the log-kya-kahenge-syndrome. When I was twenty one, I have no idea what changed inside her, but she took a leap of faith and sent me to Dubai. Three years later when she visited me, both she and I were different human beings.

My mother has told me since I was twenty one years old, don’t marry because the world wants you married, marry because you have someone you want to spend the rest of your life with. She has never for once told me that marriage is a social structure you need to fit into. I don’t think that is specifically modern thinking, it's just the thinking we need today.

It's the most essential thought; I have never been against the school of marriage, I would love to get married. I think about children these days (laughs). I believe in the whole Shah Rukh-syndrome - there is one person for you - I am that person, I love it. Muje pyaar bhot dafa hua hai, lekin muje shaadi ek baar karni hai (I've fallen in love several times, but I want to get married only once).

I think I am very excited about the thought of getting married and I really want to get married among my friends and family. But I don’t want to do it because it's a social obligation or because the world wants to see me in a wedding dress. It's not about the wedding, it's about the marriage. I've hosted tonnes of weddings and I've seen them fall apart. I’ve seen enough of them and I think it's such a social drama. In my wedding, if both the groom and I manage to turn up, that's enough.

Tell us about your character Mamie Ahuja in the upcoming web series The Verdict - State vs Nanavati?

I’m really blessed to have worked with such incredible directors in the last one year. My whole life has turned around in the last one year in the city as opposed to the last eight-nine years I have been here. Anurag is a person who will write everything right there, not give you time to prepare and see the magic unfold in that moment. He would place cameras in the bushes, behind tables, chairs, in really far away places!

I remember this one time during the shoot of Sacred Games, I was having a very tough time dancing. I hate dancing and am scared of it. He just came and sat in front me and said, "Just look at me and dance. Let's do this", and he just sat right there, and I had no choice but to dance (laughs). And I did! After that he's like, "Good job, we got the shot. Thanks, bye." And I don't even know where the camera was the whole time.

Then you have a Shashant Shah, when he met me for the first time, he said, "You have a lot of edginess in you. You speak your mind, you are extremely forthright and vocal about how you feel, and Mamie is exactly the opposite. She holds everything inside her." And I was like, oh my god, that's acting.

Playing Cuckoo is the easiest thing to happen to me and playing Mamie Ahuja was the hardest. She is not rough around the edges. She has so much brewing inside her. And I think what I learnt from Mamie was forgiveness. I actually went to meditate at the end of it all.

I don’t think that is ordinary strength. Also, I believe that when you are a woman you are born with a powerful instinct and nothing can compete with it. And yet, Mamie exists in a time where she has no choice but to shut the hell up. Even when the story ends, patriarchy exists, and Mamie Ahuja is a human being that learnt to forgive, let go and move on. This is why her place, in the bigger scheme of things, is heightened. More importantly, history doesn’t speak of her.

All of it together is the most important part of playing Mamie Ahuja for me and I’m so grateful for it.

You co-hosted the closing ceremony at MAMI, tell us more about that and your relationship with the festival.

This is the first time I'm saying this to any other human being other than Smriti (Kiran) - 2013 was the first time that I was introduced to MAMI when I moved to Mumbai, and I actually hosted the opening ceremony. Can you believe that? 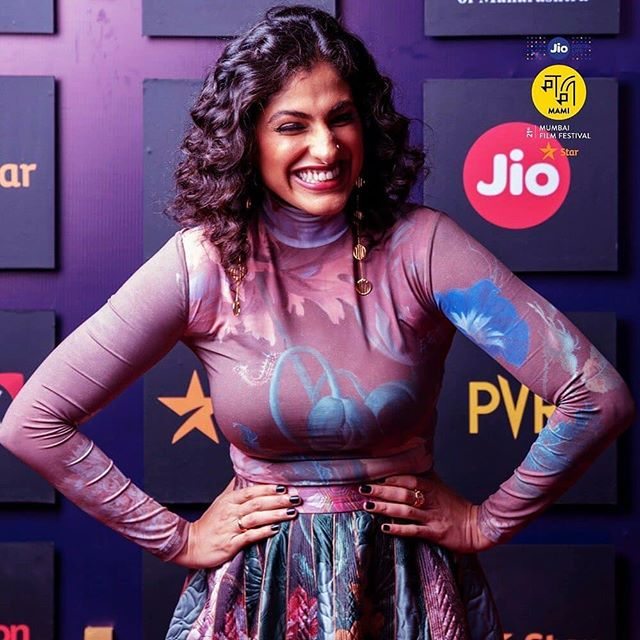 Kubbra Sait at the closing ceremony of the Jio Mami Mumbai Film Festival 2019. (Photo Courtesy: Jio Mami Film Festival/Facebook)
It wasn’t as big as it is today, but for me it was huge. Kamal Haasan was getting the lifetime achievement award from India that year. I think it was the biggest opportunity that had come my way as a host and anchor back then. Some time later, Smriti, Anupama (Chopra) came in and things shifted. I then hosted the red carpet.

It was actually at MAMI when Mukkabaaz was being screened that I met THE Anurag Kashyap for the first time and he told me to give an audition the following day. My casting call for Cuckoo happened at MAMI.

I think to be part of the closing ceremony as the host was the becoming of who I am. I’ve been an actor for a year, but I’ve been an anchor my entire life. There was a time when I aspired to be on that MAMI stage, but I wasn’t an actor and couldn’t be there in that capacity.

I believe that this world needs more gratitude, and I don’t mean it in the generic sense. We’ve just become so preoccupied with chasing happiness or things we consider important that that we’ve forgotten what we’ve collected on the way. It’s important to wake up and reflect - I have come this far and these are the miracles that have happened to me and only based on this joy can I propel myself forward. 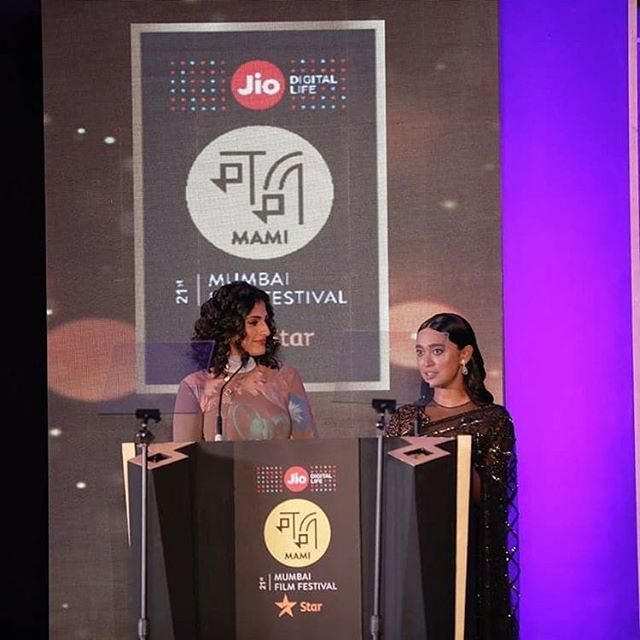 Kubbra Sait co-hosting the closing ceremony of the Jio Mami Mumbai Film Festival 2019 with Sayani Gupta. (Photo Courtesy: Jio Mami Film Festival/Instagram)
I don’t think there is any motivator in life greater than success. When I start recognising my success, and I genuinely believe that success is very relative - my success is different from yours and yours is different from your neighbour’s and so on - the minute you start identifying with your own success, you are motivated to be more successful.