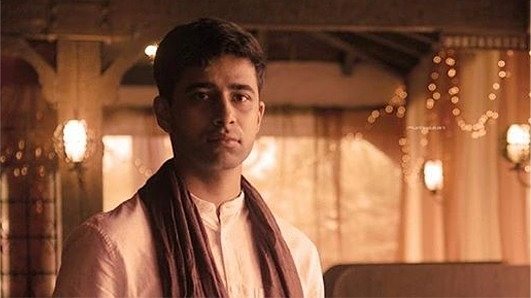 Much like people, how a film makes you feel, can often be a good index of judgement. Does it disturb you? Good. Does it trigger a spell of melancholia? Better. Throw in a little pathos and poignance and voila! The film has managed to become a successful work of art. If the purpose of art is to reform society, what better way to invoke a deep sentiment in its audience that leads to corrective measures and actions?

Now, The Illegal achieves a similar space, even if not going all the way. It tells a story which is sure to stay with you, in a deep recess of the self, long after you're done watching it. What starts as an exciting story of hope and possibilities concludes with a heavy residue of human emotion that absolutely refuses to leave.

The narrative offers a critique of the American dream, an idea pervasive enough to have spread its roots all over the globe, securing itself a deeply entrenched space in India as well. A young boy from Delhi has landed himself a place in his dream course at an unnamed, but established to be an immensely reputed film school in the US.

However, before you get too comfortable with the idea, our protagonist Hassan has his first encounter with hostility at the airport itself, an omen of what is to come. The narrative brings in a suggestion of using light and colours, primarily red, to invoke those forces, both within (Hassan himself) and without (other characters), which will obstruct Hassan’s way to achieving his dream of becoming a filmmaker. Interestingly, it would mostly be his fellow-immigrants who become the biggest challenges to be tackled with.

This is perhaps also the first time when there is a direct echo of imminent events and the direction the narrative is headed in a film titled The Illegal. The blurry lens gains some clarity on the horizon of expectation which has already been put in place for the viewer. From then on, it is only a matter of time until the inexorable movement of the narrative as well as the viewer find themselves at the point of no return. On the first night of his arrival in Los Angeles, Hassan finds himself without a home, and thus begins the spiralling down of his plans and hopes.

The film does a wonderful job of capturing and translating to screen the turmoil, apprehensions, fear and the absolute, invincible need of a twenty-something boy to make things work.

Despite the heady cocktail of everything that Hassan undergoes, there is never a sense of heaviness or disorientation. The story keeps the viewer deeply involved throughout.

Another strong aspect of the script lies in its exploration of the contrast in eastern and western values and how the two attempt to conflate (in a doe-eyed, inexperienced protagonist), yet prove to be too starkly different to be even remotely similar (in Hassan’s realisation of how far his reality in the US is from what he had expected).

The Illegal does a beautiful job of tapping in several emotions in the right measure, and seamlessly weaves together wonderful performances by Shweta Tripathi, Adil Hussain, Iqbal Theba and the effortless Suraj Sharma. Sharma brings to the screen wide-eyed wonder and innocence which makes the story more heartbreaking. Irrespective of his naïveté and mistakes, you still find yourself rooting for him till the very end because dreams may come true at any point, but will they for our protagonist?