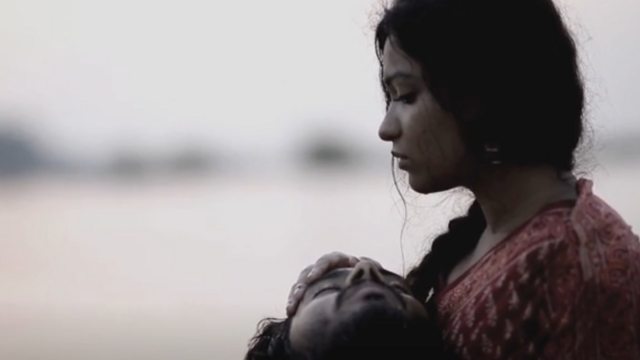 By Anirban Dutta with 7

Marked by a frugality of dialogue and words, often allowing a strong background score to fill any consequent lacunas, the film does a notable job of drawing parallels between the fate of a woman and a water body. It is in this manner that Jahnabi becomes a bridge, an unbreakable link, between nature and the humans who engage and interact with it on a regular basis.

What the narrative achieves seamlessly is to draw a jarring comparison between the wrongs done to both of these, the woman and the river, and yet, their course continues, unceasing, unrelenting. As they meander through the several curves and highs and lows, an existence of betrayals, cruelties, and sometimes plane indifference, is realised. Shot in nineteen locations across India, the film employs skilled camerawork, matched by equally complementary music to bring to life a remarkable story of love, loss and longing.

In this world of heartache and sadness, dreams often bleed into reality and vice-versa, blurring the boundaries of what is real and what isn't. However, the overarching reminder about the fateful existence of women as well as the water bodies, specifically in contemporary India, remains a lucid, unequivocal message of the film for the viewer.
Read Less