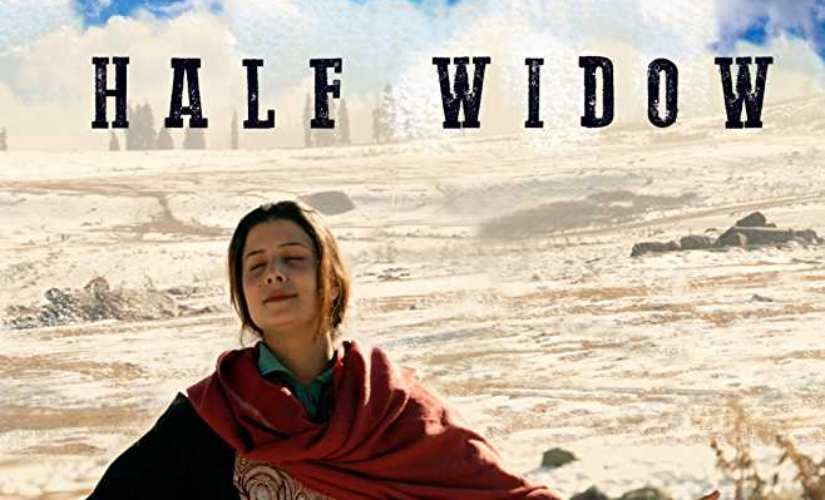 The term “half-widow” is defined on Wikipedia as being a namesake for “Kashmiri women whose husbands have disappeared and were still missing during the on-going conflict in Kashmir” – a definition that barely conveys the injustice, violence and misery that accompanies it into the life of Kashmiri women.

The film depicts the plight of one such woman, Neela (Neelofar Hamid), whose husband, Khalid (Mir Sarwar), is unexpectedly and unreasonably abducted by Indian armed officials, thrusting her into the endless gloom of a woman who is neither married nor a widow. She is ripped apart from her husband with no knowledge of whether he is dead or alive – she is a half-widow.

Neela is devastated, but it’s clear that the abduction is not an uncommon phenomenon. On the contrary, it is common enough for the existence of a ‘Half Widows Club’ - a group of women who gather to protest against the injustice on a regular basis. A woman shrieking on the streets after her husband has been taken away is a sad, but common occurrence – onlookers shake their head with pity and then go about their day.

Neela’s only respite is her brother Zakir (Shahnawaz Bhat), who stands by her resolutely and refuses to leave her side. The wide angle shots depict her desolation and isolation after Khalid is taken away, but she is never truly alone – Zakir is always there in the frame with his watchful gaze, trailing quietly behind her. This is especially apparent at her lowest point when she is separated from Zakir. She staggers on and as the camera pans out, there is no one walking behind her – a realisation that is almost as unusual to the viewer as it must be for the protagonist herself.

Music plays a vital role in the film as well as in Neela’s life. Be it Khalid’s cassette tapes, a nomadic folk singer, or a children’s choir – music seems to be a ray of light that provides her a temporary escape from the dark reality of her world.

Familiar songs like ‘Dilbaro’ and ‘Ae Watan’ sound starkly different without the sheen of being in a Bollywood film; they can be heard in Half Widow through the static of radios or the off-key, asynchronous hum of a children’s choir.

This is just what the film is – grounded, honest and real, without any glossiness of romanticism or manipulation.

Half Widow was made in 2017, when the current escalation of Kashmir’s plight could not have been predicted. It is impossible to watch the film in a vacuum of merely being art and entertainment without considering the social and political realities it depicts. Neela complains to a group of reporters, saying that for them “Kashmir sirf news hai”. However, for people like her, Kashmir is more than just that, it's indeed a very harsh reality. There’s a difference between finding a story in Kashmir and Kashmir itself becoming a story.

As Neela’s devastation transforms to anger, and her anger transforms to acceptance and purpose, it is necessary to look beyond the film as merely being the story of a woman finding herself after trauma. Not all half widows and others who have suffered in the conflict have loved ones who take care of them, or victories to be won against the self. Neela is a mere insight into the wreckage of Kashmir; her loss thus is a larger loss of Kashmir itself.