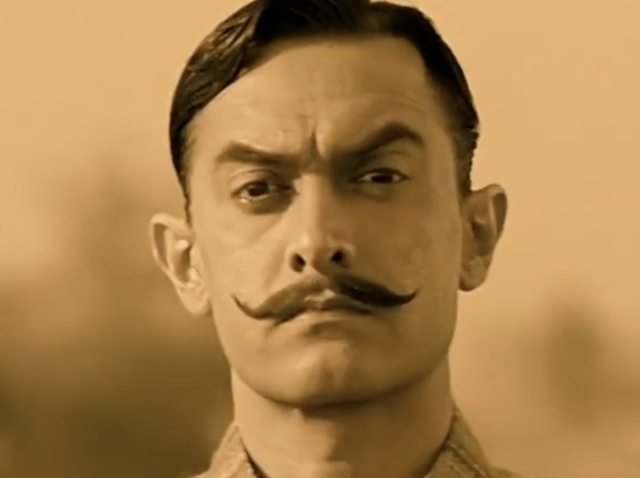 Though Rang De Basanti is an entire masterclass in editing and cinematography, here's looking at one of its most notable aspects - the #whippan.

A whip pan is simply a very fast pan of the camera that is accompanied by a neutral shot and a blur effect. It can be used for several reasons, as the movie proves.

1. Pre-Shoot Chaos The whip pan is employed to let the viewer feel the high energy and chaotic situations as the characters prepare for a shoot. From their costumes to last minute hits and misses, the handheld camerawork by #BinodPradhan allows you to participate in it all as if you were present in the situation.

2. Parallelism/Motif There are some instances that take place in the film twice, this particular sequence of events being an example. First it takes place in the past, marked by the whip pan, and then again in the present. In this aspect, the camera technique becomes a motif that is used to draw parallels between the two sequences, and connect them to each other for the ease of the viewer.

3. Two Time Periods The whip pan allows two different time periods and sets of characters to finally merge as one. Consequently, the line dividing those in the past from those in the present blurs.