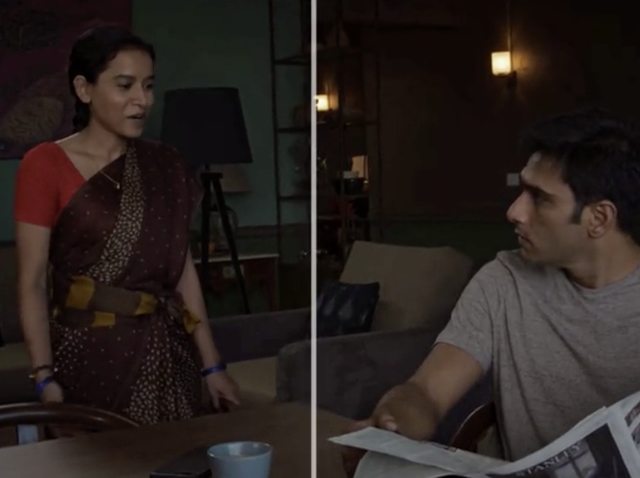 Rohena Gera's 'Is Love Enough, Sir?' made its Netflix debut to a warm, positive response. The story of an upper class, urban man falling in love with his domestic help, the film is a beautiful portrayal of the manner in which class afflicts the dynamics of love and relationships. 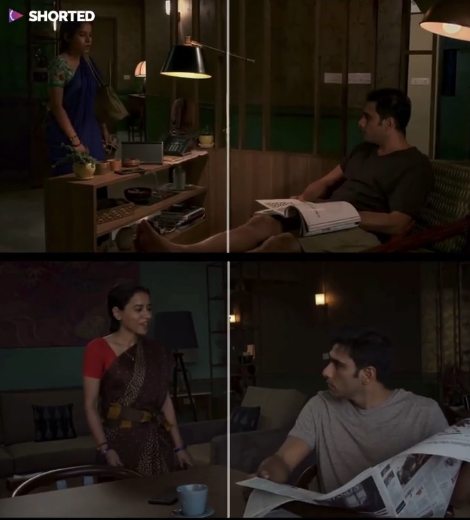 Irrespective of the events unfolding on screen, class remains a constant undercurrent throughout the narrative. Consequently, it is only a natural progression for the sentiment to ensconce itself within the visuals and technical aspects of the film as well. The same is achieved most seamlessly, making it an organic, natural development, by way of the split screen technique. This is especially more beautiful for it is realised within the physical space of the same house. 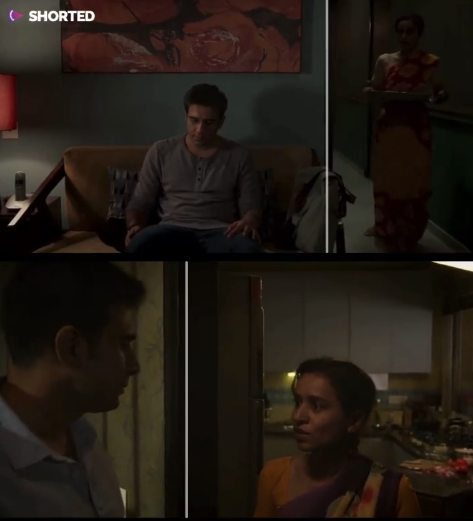 Used for decades in cinema to bring to life two disparate or distinct images on screen, either by way of a literal division, or an imagined line, the technique allows for a powerful contrast in the film between the financial and social, as well as the literal, background of its two characters. 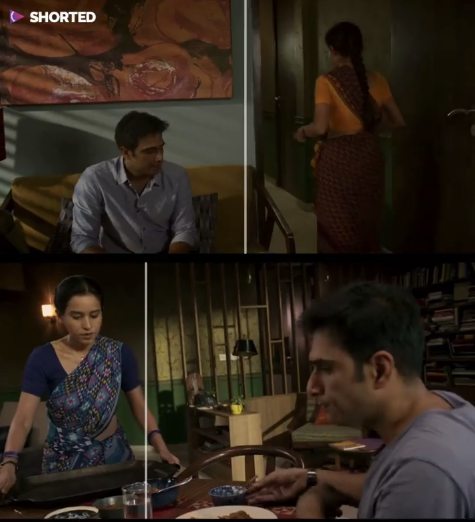 At several instances during the course of the film, while Ashwin and Ratna stand facing each other, their background space is marked by its sharp difference in colours, pattern and lighting. The imaginary line that divides each of these frames, reminding the viewer that a single frame or scene is made up of several elements that constitute this whole, further asserts the social disparity of the two characters. This invisible line has an explicit presence in the official poster of the film, keeping even the promotional material visually consistent. 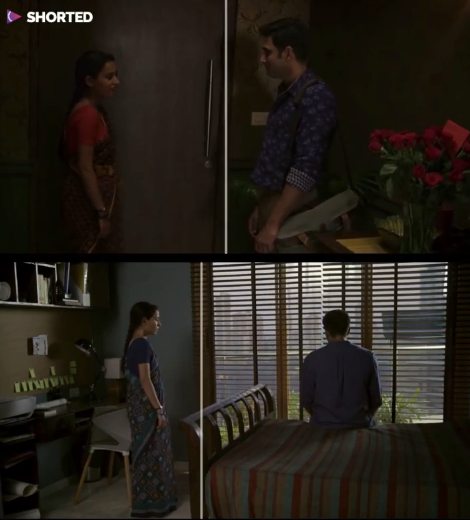 However, later in the story, the growing intimacy between the characters ensures a blurring of this line, the backgrounds achieving almost a soft overlap. And yet, once reality comes crashing down again, the overlap disappears to remind both the characters and the viewer of innumerable differences in the worlds they inhabit.

Essentially, a split screen is nothing more than two images weaved together. Like several cinematography techniques (Rule of Thirds, for instance, which dates back to Renaissance paintings), this too traces its origins to the realm of painting, more specifically, to the triptych paintings of Early Christian art (circa fifteenth century), where three paintings were put together side by side to constitute one final piece. Once the technique made its way into cinema, the twentieth century often saw it being used to portray scenes which the censorship and propriety rules of contemporary society would otherwise have not allowed.

For instance, Stanley Donen's 1958 film 'Indiscreet' efficiently uses split screen to show two characters in bed simultaneously while within the universe of the film they are miles away from each other. When men and women could not be shown in bed together, the technique still allowed the filmmaker to evoke in the audience a desired sentiment. Along with showing a demarcation of a territory of sorts, as in ‘Sir’, the technique is also used to conjure parallel realities or show twins on screen; one of the most iconic examples of this being Parent Trap.

In the recent past, David Fincher has employed split screens seamlessly in a large body of his work. In a two-shot set-up, he is known to combine different shots from the same scene performed by two characters to achieve the desired effect.

Sometimes, split screens can also be used in a deliberately visible manner to show situations like phone calls or multiple things unfolding at the same time, for instance, in a heist film. This further allows the filmmaker to break the visual into several parts, reminding you that it's several distinct factors coming together in an effortless manner to create the single scene before you.

As for ‘Sir’, a film marked by its silences and quiet handling of its thematic concerns, the choice of frames and shots allow the same calm communication of its intentions to the viewer. Bringing to life the disparity in social classes in India, the film conveys it all, and yet manages to retain a nuance worthy of such a subject. It won't be erroneous to mark then that the intelligent camerawork has an understated, but significantly pivotal role to play in it, allowing the film to resound successfully with a huge part of its audience.