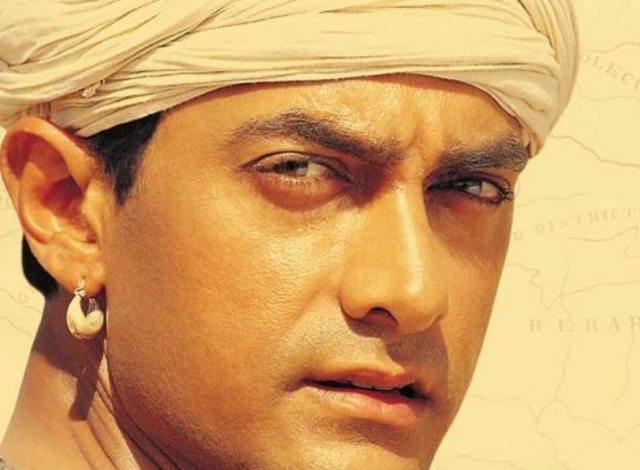 'Lagaan' and Save the Cat: Story Explained in 15 Beats

Even though Blake Snyder's book came a few years after Lagaan, the film still falls perfectly within its 15-beat-structure. Here's how!

The neatness of a story's structure can determine whether it will live eternally or be forgotten as an insipid blimp never to be thought of again. This structure can be plotted with premeditated attention to each detail, if you're just starting your storytelling journey. On the other hand, with a little experience, it might simply be second nature where you don't have to consciously make your characters take the decisions that will eventually enhance the final result.

An example of this structure is Blake Snyder's Save the Cat, a story map marked by 15 beats, spread across three acts, with each of them thrusting the narrative forward in a controlled and enriching manner. Screenwriters have followed and hailed the three-act structure for decades as a useful approach. Snyder took it a step further and added neatly-defined divisions within the three components.

Ashutosh Gowariker's Lagaan (2001) is an ideal example of employing these beats judiciously. Here is what the film's beat sheet looks like:

1. Opening Image: The film opens with an image that immediately introduces the viewer to its historical location, along with the coin also establishing the power and control of the British empire in India.

2. Theme of the Story: The grains ensure to further establish a world which is marked by agricultural revenue and the poverty of Indian farmers who are languishing under exploitative colonial masters.

3. Set-up: As the conversation about failed crops due to drought and the compulsion to still pay the tax is invoked, the status quo is revealed. This is accompanied with Bhuvan's questioning and rejection of it. The case that he makes for the same draws the audience to his side

4. Catalyst: As the cricket match gets finalized between Captain Russell and Bhuvan, narratorial drama comes into its own.

5. Debate: The rest of the village does not agree with Bhuvan's foolhardy plan about a cricket match deciding the fate of the tax they owe to the British. His clash with opposing villagers is followed by his own self-doubt and the internal struggle between what he considers right and wrong.

6. Break into Act 2: Bhuvan begins the practice alone, soon followed by one new teammate after another. This allows for a change in mood and tenor which also serves as the transition into the next act.

7. B-Story: It is at this juncture that the B-story or the helper story enters the narrative. While the viewer has already been introduced to Gauri, the narrative now begins to pay more attention to her dynamics with Bhuvan. Elizabeth's character also gains more prominence vis-a-vis this equation.

8. Fun and Games: At the same time, the tone is kept easy and refreshing with light moments in the form of practice. The momentary easing of tension allows a breather to the audience as well from the seriousness of the wager that is waiting to be realized soon enough.

9.Midpoint: The match is started, stakes are raised and the point of no return is reached. There is no turning back now for either the villagers who might have to pay thrice the tax, or for Captain Russel who stands to lose it all (a deplorable transfer away from India, loss of power, money, influence and reputation). The high emotion of the situation also allows for the image that marks the film's interval.

10. Bad Guys Closing: Antagonistic forces reach an all-time high. Things have to get worse at this point in the story before they can improve. The opponent performs very well in the match, whereas Lakha has already made a surreptitious arrangement with Captain Russell. If on the one hand cheating and disappointment await Bhuvan, his determination grows strong, on the other.

11. All is Lost: With the discovery of Lakha's cheating, the chances of success are at the lowest, all is seemingly lost.

12. Dark Night of the Soul: This is followed by the bad performance of the team, struggling to hardly keep themselves afloat. Bhuvan loses all hope, the despair that now pervades the atmosphere is expressed in the song 'O Paalanhaare'.

13. Revelation Beat: When things have hit rock bottom, a crucial player who was injured previously, returns as a much-needed batsman, along with a runner. This also marks the transition into Act 3.

14. Finale: The finale is constituted by elements that include the execution of the plan and a hightower surprise.
i) Execution of the plan: Good partnership of the newly added players leads to a better score, therefore allowing the team to pick itself up by its bootstraps.
ii) Hightower Surprise: Stakes get even higher with the result boiling down to the last bowl. The no-ball sets the perfect foundation for the moment which would determine the fate of the villagers, Captain Russell as well as the result. Bhuvan shines as the protagonist and hits a six on the last ball.

15. Final Image: The victory in the match is followed by the exit of the British flag (in direct contrast with the opening image when the power of the Raj was established), marking the end of colonial oppression over this village, along with rain that ends the drought, further suggesting the prosperity that is in store for the farmers.

Even though the film preceded Snyder's book (2005) by a few years, its narratorial structure fits well within these 15 beats. It is indeed notable how a film like The Godfather, or a book like The Catcher in the Rye, both of which came much before 2005, both follow the same structure. Perhaps it always existed, Snyder simply gave it a form and name of his own. Either way, the attention to its storytelling has allowed the film a relatability and resonance that ensured that even decades after its release, Lagaan remains one of the most everlasting films to come out of Indian cinema.