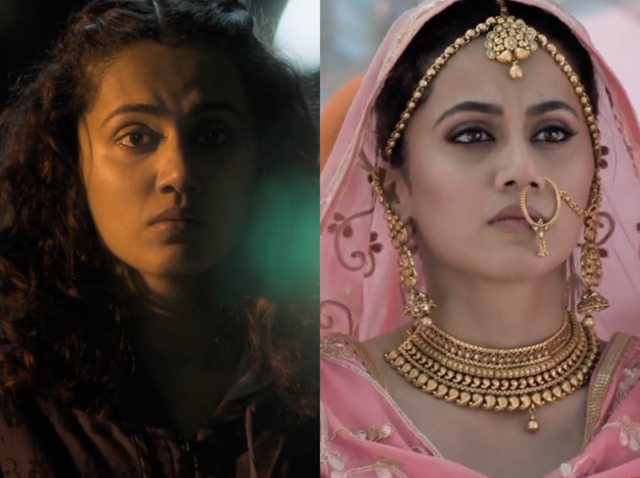 At around 1 hour 14 minutes into #Manmarziyaan, the film reaches one of its most pivotal moments that would come to define the entire course of the rest of the narrative. The scene is marked by high emotion, handled expertly to drive its message home using #intercutting. Before we delve into the scene, it's important to first understand the technique.

Intercutting by definition means alternating between contrasting images and visuals to enhance the story at hand (in case of Manmarziyaan - time of the day, light and dark, sharp contrast in the character's clothes). It's mostly used for situations developing during different points of time. This is what differentiates it from parallel editing which is about events unfolding simultaneously.

Some good examples of intercutting can be found in The Godfather, Pulp Fiction, and to name a more recent film, Dunkirk.

The use of the technique by Kashyap in this particular scene in Manmarziyaan is especially skilled. It deals with two situations about Rumi (@taapsee), spread over only a couple of hours - late night/dawn and the morning of the same day.

The fact that there is no exchange of dialogues in the scenes, but only a narration of Amrita Pritam's poetry in Rumi's voice, supplemented by Amit Trivedi's background score, adds more texture to the scene composition, and allows it completion.

And lastly, in the concluding scene, because the viewer is already aware of the outcome before Rumi, the futility of her waiting for a lover that will not arrive is even more hard-hitting.

All of this is achieved primarily using an intelligent edit by Aarti Bajaj - a task though simple in theory, requiring deep thought and remarkable storytelling.