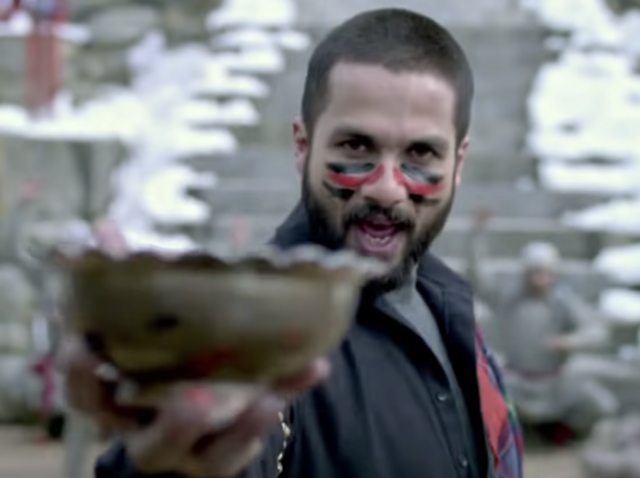 'Haider', the third and final offering in Vishal Bhardwaj's trilogy inspired by Shakespearean plays, remains a powerful (albeit loose) adaptation of Hamlet. One of the reasons for this is the meticulous attention paid to the different aspects of storytelling in the film. The visual motif of the color red, for instance, remains unmissable throughout, often making its presence felt whether overtly or as a swift flash in the frame.

From repressed emotions or denied opinions, as in the case of Ghazala, to anger and vengeance, as in the case of Haider, or in the emotional unravelling of Arshia as she takes apart her red scarf one strand of the yarn after another - the color appears time and again. It becomes a harbinger of an emotional deluge, the obstacles in the path of lovers, the many foes that are about to consume a character, and above all, death.

Additionally, the white background of a snowy Kashmir further allows the spilled blood to offer a stark contrast to the viewer. 'Haider''s costume designer Dolly Ahluwalia commented on her choice of colors in the following manner, "Against the white snowy backdrop, I stuck to black and reds to bring out the cold of the human mind through the cold snow and the death of romance in blood red hues."